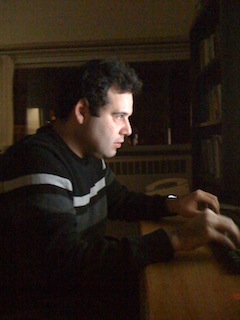 In Fall 2000 Sunar has joined Worcester Polytechnic Institute as an Assistant Professor. Since July 2006, he is serving as an Associate Professor. Sunar was a visiting professor at Bochum Ruhr University in Germany and Bilkent University, Turkey in 2007. Sunar is currently leading the Vernam Applied Cryptography Laboratory (vernam.wpi.edu) with 5 faculty members from ECE, CS, and Math Departments at WPI, each specializing in an area of security.

Sunar received the National Science Foundation CAREER award in 2002. He organized the Cryptographic Hardware and Embedded Systems Conference (CHES) in 2004, in Cambridge, Massachusetts and served on the CHES steering committee member for several years. He was the co-editor of CHES 2005 along with Dr. J.R. Rao from IBM TJ Watson Research. He is also a founding steering committee member of the International Workshop of Applications of Finite Fields (WAIFI). In 2007 he served as the Program committee co-chair of WAIFI with Prof. Claude Carlet of University of Paris 6.

Sunar has served as a co-editor along with Profs. Christof Paar of Bochum-Ruhr University, Germany and Jean-Jacques Quisquater of Catholique University Lovain, Belgium on a Special Issue of the Journal of Cryptology on Hardware Security. Currently, Sunar is serving as an Associate Editor to the IEEE Transactions on Computers. Sunar is a member of the IEEE Computer Society and the International Association of Cryptologic Research (IACR) professional societies. His research interests include applied cryptography, physical security, computer arithmetic and architectures. Sunar published over 80 papers in select peer-reviewed journals and conference proceedings. He was co-editor of two books published in the Lecture Notes in Computer Science series of Springer Verlag Publishers. He advised 8 successful Ph.D.’s dissertations and 7 MSc. Theses.